“The Very Hungry Caterpillar” has it wrong.  Butterflies do NOT spin cocoons as the book says (moths spin cocoons out of silk, while butterflies form a chrysalis out of their own body).  Just as Curious George isn’t really a monkey (my precocious 2-year-old once pointed out that George doesn’t have a tail: ergo he’s an ape, or a very unfortunate monkey!), the process of metamorphosis is different than what I had been told as well.  I was in the middle of writing a different article, when I got sidetracked as a monarch caterpillar marched right to the center of my patio cover and began its transformation into a butterfly.  Because of the year-round great weather here in Orange County, I get a steady stream of them at my milkweed plant which, I suppose, puts me in the metamorphosis business full time with my work as a psychologist, and as a supporter of caterpillars.  So, being equally distractible and curious, I started doing a little reading on the process of metamorphoses and found parallels to the transformations I see my clients go through in therapy.

Caterpillars are butterflies in the making

The reality of caterpillars and you is this; from birth you are already primed and ready to become an amazing being.  A caterpillar is a butterfly in the making, with 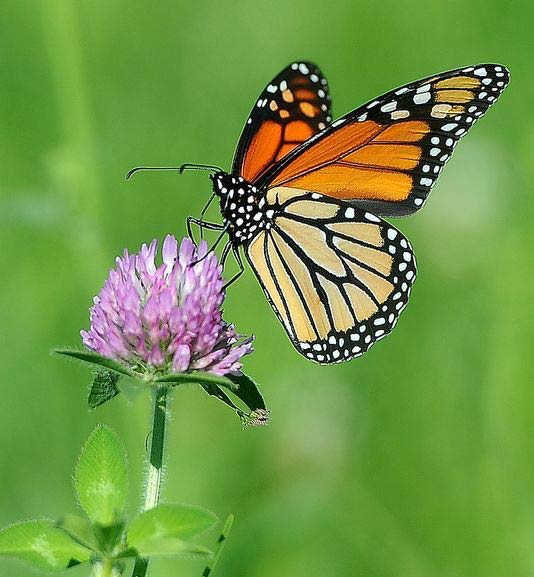 parts of it that will reorganize, grow and be accentuated if given enough to eat and a safe place to grow.  The same holds true for people.  You were born an amazing individual with the essence and design to unfold into your full, unique, true self.  I see this when I look at my own children and marvel at their unique abilities and personhood, and at just how clear this was from birth.  That makes it equal parts humbling and relieving as a parent to know I’m important, but I don’t create or ultimately control the best parts of my children.  I see my job as a parent, and as a psychologist, as “feeding” the amazing potential that already exists and providing a safe place to grow.  That means removing the hinderances of expectations, fear, shame etc. that cause a person to contort into what they believe they need to be to have love and relationship.  Those are the blocks that get in the way of a perfectly lovable imperfect person reaching the fullness of how they were created to be.

As I watched a group of very hungry caterpillars devour my milkweed plant, they grew in size at a phenomenal rate.  Unlike you or I, caterpillar skin does not grow in size.  Over the two weeks of growing they actually molt their skin five times, each time creating a larger version of what they already were.

It makes me think of how often our efforts to change just end up with larger versions of what we already were.  We either don’t see that there is anything else possible in the way of growth and transformation, or there is a fear of what others would say or do if we did grow and change into our true selves.  If you want proof, just cut off someone on the freeway and watch as their inner two year old emerges to give you a one finger salute.  They may be grown up with a driver’s license, but in that moment they are still very much stuck developmentally at a younger version of themselves in a bigger and older body.  It’s even more painful when I see couples in therapy who come in spent and exhausted because of their unsuccessful efforts to change their relationship. Trying twice as hard at doing something that never worked before is probably not going to make a change in themselves or the relationship.  They’re just a bigger version of the same self that needs actual transformation to be capable of doing something new and different.  Like the Red Bull drink slogan, “It gives you wings,” the metamorphosis that comes with actual growth will give you “wings” to take yourself and your relationships to new levels.

Big changes are hidden at first

As the monarch caterpillar nears the final molting, there’s something beginning to take shape underneath the surface; wings.  From the very beginning, there are wing buds under the skin that continue to develop and grow out of sight.  What looks like the same old skin is actually hiding a lot of the genuine transformation that has beed developing all the way along.  I wonder if a caterpillar knows this is going on?

In the same way, it’s often the repeated efforts leading to a lack of true transformation that opens a person to something different.  They’ve realized that what they know how to do is not “giving them wings.”  When a new client calls a psychologist, like myself, they don’t realize it yet but their wings are already beginning to grow.  Just the act of asking for help is the beginning of transformation.  Something new is already starting to take shape under the surface, but it’s often hard to see this at first.  Making way for genuine change or transformation often requires a lot of small steps along the way.  In that process you may look and feel no different than before because the progress is small or simply hidden from view.  But, it’s often darkest before the dawn, and the hard work of metamorphosis WILL eventually reveal itself.

A safe container to grow and shed

After about two weeks of constant eating and growing, my little caterpillar went on a walkabout.  You can’t even imagine how fast those little guys move, but away they go to find a safe place to finish the metamorphosis process.  When they find a place, usually hidden away, they lock their back legs onto the object, dangle their body down and shed their skin one last time.  This last molting reveals their inner body that then draws up into a tighter shape and hardens into a chrysalis.  Now the last and largest parts of the transformation can begin.  Some parts of the caterpillar will die, some will grow for the first time, and some will transform into something completely new.  It’s a major overhaul.

In a similar way, a psychologist helps provide a safe place for a person to reorganize, grow and change into what they were designed to be.  As a therapist, it’s so exciting to see the shape of the true individual unfold and take wing.  Probably the biggest part of the “containing” I do involves creating room to explore the “rules for relationship” that keep a person stuck as a caterpillar.  When someone apologizes to me in therapy for crying about something that is sad, I know there’s a stunting “rule” at play, such as, “don’t show your emotions,” or, “make sure you aren’t a burden to others,” that needs to be shed or re-organized to make way for their complete self.

For some, a therapist is the first relationship where they experience no condemnation, and there is compassion and patience for hurts and growing.  Of course you have messy parts and are not how you want to be.  That’s normal for ALL of us.  Yes, psychologists included.  When parts are hidden away, for fear of rejection or judgement, they aren’t available to be inside a safe relational container for transformation.

At risk of stating the stunningly obvious, real change takes time and significant courage.  With caterpillars and people, there isn’t a blank slate to start with.  Both are having to take the old and transform it into something new.  That, my friends, is challenging work. Though a caterpillar spends about as much time in a chrysalis as it did as a caterpillar, the good news for you is that authentic transformations usually goes a lot faster in therapy.  When someone comes to therapy with decades of life as a “caterpillar,” I’m always amazed at how fast the process of change is in comparison to how long the old stunting “rules of relationship” have been in place.  Time in the therapy chrysalis may feel dark and endless, but it IS moving forward and it WILL come to completion.  When a caterpillar is almost finished with metamorphosis, the chrysalis changes from it’s vibrant healthy green to dark, nearly black.  It looks like something has gone terribly wrong, until you look more closely.  Like the wings that can be seen through the dark chrysalis just before the emergence of a butterfly, others usually see the changes before you do.  Expect there to be lots of wobbly moments and falling back into old patterns while you are in the process of change.  Even a butterfly emerging from its chrysalis has to wait up to two hours for its wings to warm and dry before it can begin to use its newfound abilities.  Just because you have come to new realizations and experiences about yourself and the person you were created to be, doesn’t mean you’re ready to take flight yet.  Be kind and patient with yourself in this process and surround yourself with the warmth of others who can do the same for you

The bottom line is that no person is truly a caterpillar or a butterfly.  We are all in a lifelong process of emerging into the fullness of our amazing, imperfect selves.  If you’re looking for a psychologist for the next stage in developing your “wings,” I’d be honored to be that safe chrysalis for you.  Until then, I’m going to go water my milkweed and get ready for the next round of metamorphosis to begin. 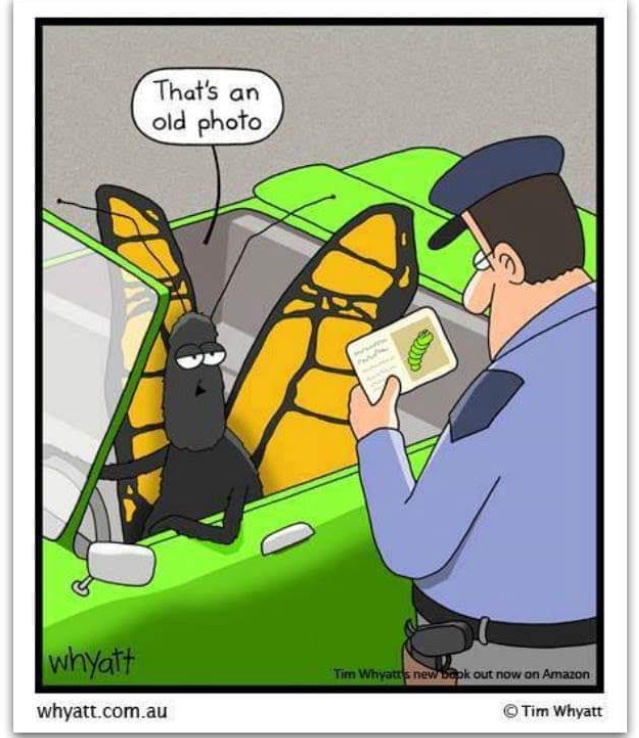 Sign up to have the latest blogs and news delivered to your e-mail.

2 thoughts on “Growing wings in therapy”